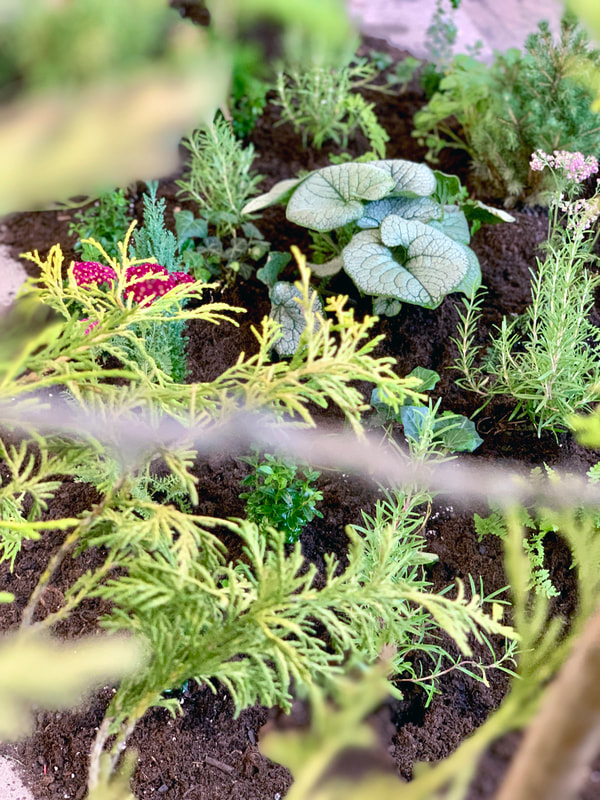 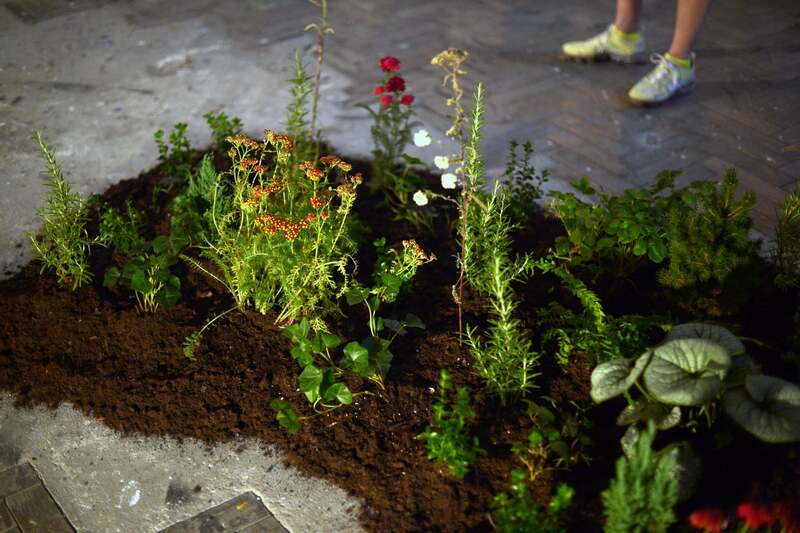 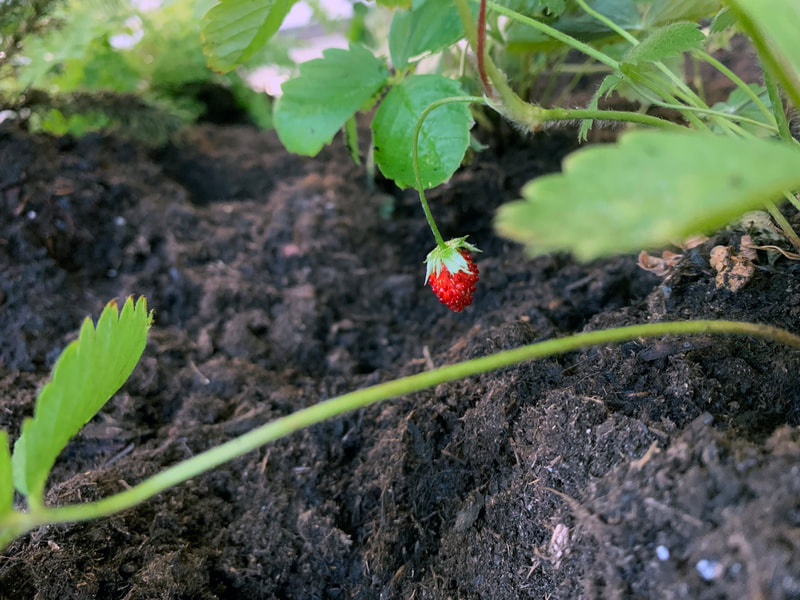 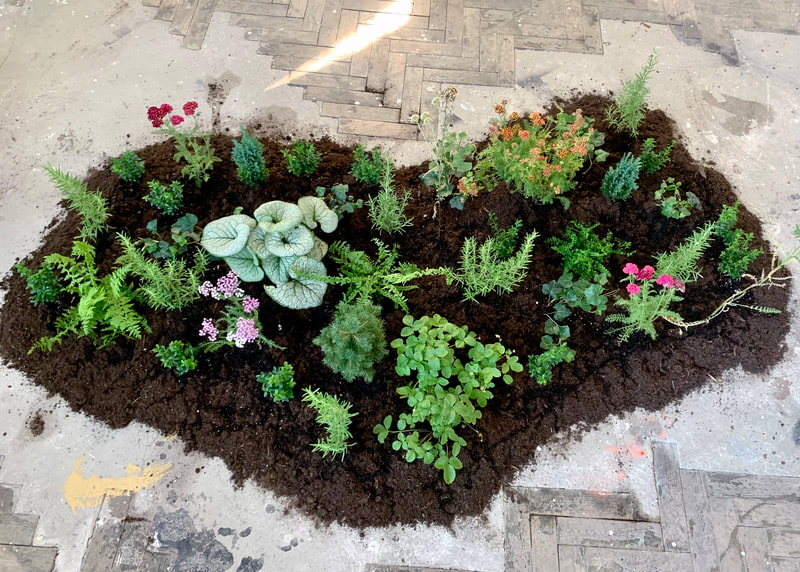 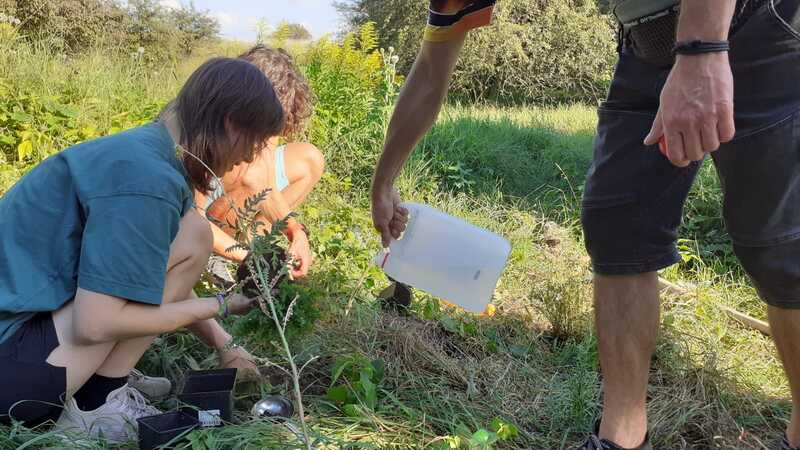 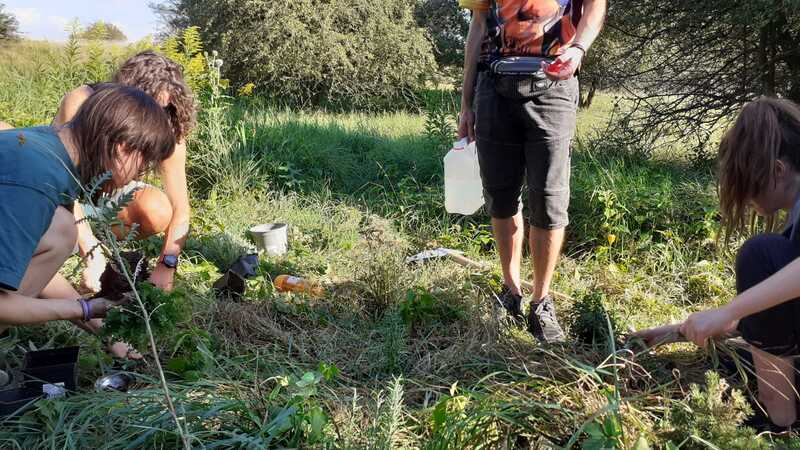 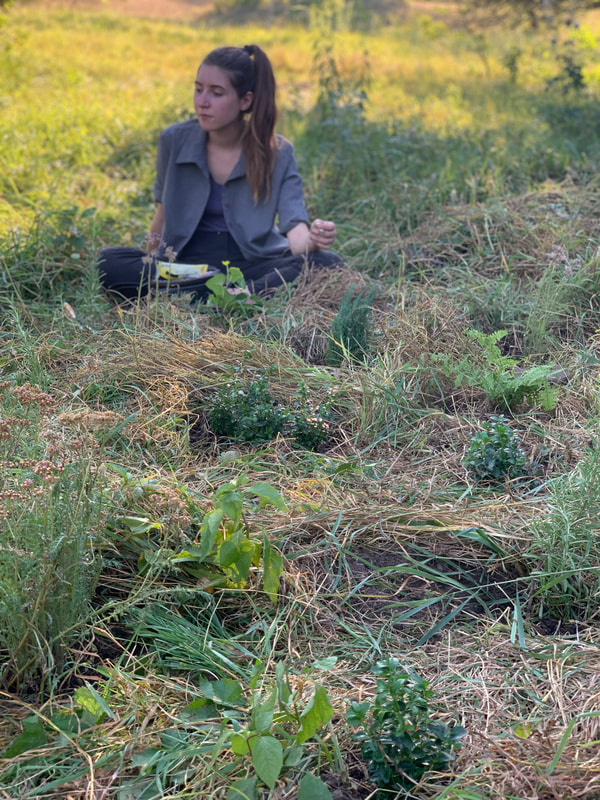 The plants in the garden symbolically refer to the process of grief. They are repeatedly mentioned by old literature and songs, some of them have medicinal properties which, according to herbal handbooks, help to release emotions. After my brother’s death, contact with nature became very important, even therapeutic, for me. While questioning the traditional cemetery or a gravestone as a form of commemoration, I also began to wonder about its function. This is how the idea of a garden came about. All of the plants are planted on a hill, right next to Girls Castles in Prague (Zlichov). I would like the garden to be a secluded, reflective, soothing place where plants will be able to grow under favourable conditions and everyone who will feel the need can visit it.

The garden includes:
Rosemary - evergreen, symbolizes eternal life but also memory. It prefers wet ground, which is identified with the underworld and the world of the dead;
Yarrow - according to legend, Achilles, the mythical Greek hero, used yarrow to clean and treat his wounds and those of his soldiers during the battle of Troy. It is for this reason that the plant acquired the Latin name Achillea. It is therefore an herb that primarily heals wounds. It also has a diastolic, anti-inflammatory and pain-relieving effect;
Wild strawberries - symbolize immortality and innocence, believed to provide eternal happiness after death;
Siberian forget-me-nots - symbolize eternal memory, believed to be the flower of lovers facing an unexpected separation;
Chamomile - has strengthening and calming properties, accelerates wound healing;
​Cypress - the ancient Romans considered it a symbol of mourning and its branches were used at funerals. In turn, among other civilizations, as an evergreen and long-lived plant, it was regarded as a symbol of immortality and long life. In ancient China, it was believed that eating cypress seeds ensures longevity;
Spruce - Central European tribes believed that spruce wards off evil spirits and disenchants charms;
Pansies - a symbol of memory, care and thought, in Poland they are associated with siblings.
Ivy - evergreen, in heraldry symbolizes friendship, attachment, lasting memory, a symbol of life that passes, a popular cemetery plant;
Fern - evergreen, grows in shaded places, thanks to which it is considered a mediation plant, living on the border between the world of the living and the dead; it is believed to have protective properties against demons;
Boxwood - evergreen, symbolizes eternal life;
Maple - symbolizes the cycle of life “from cradle to coffin”, both were once made from maple wood; protects against evil spirits.