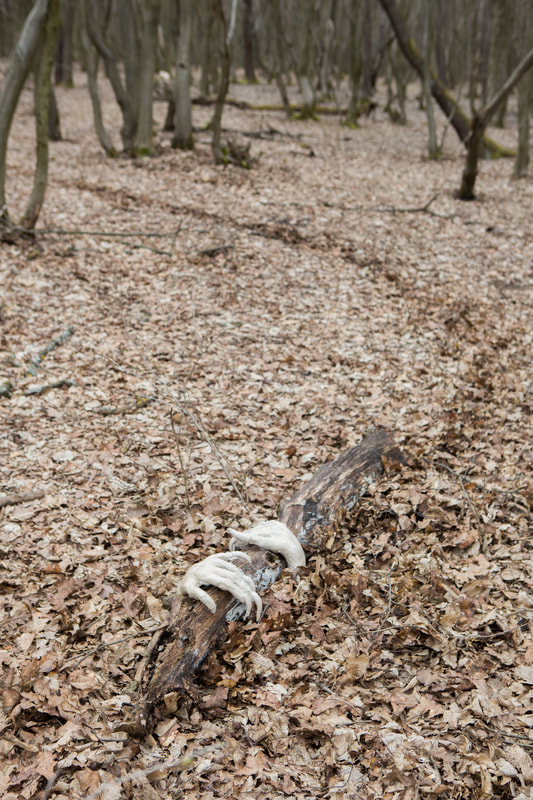 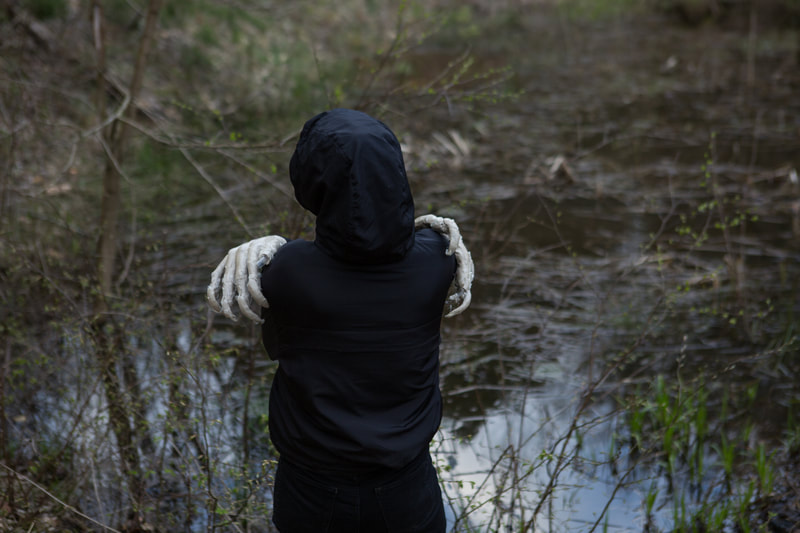 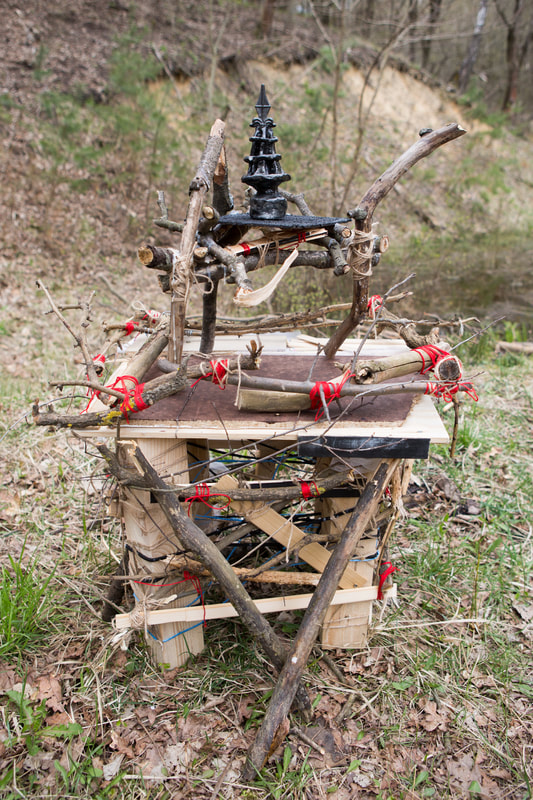 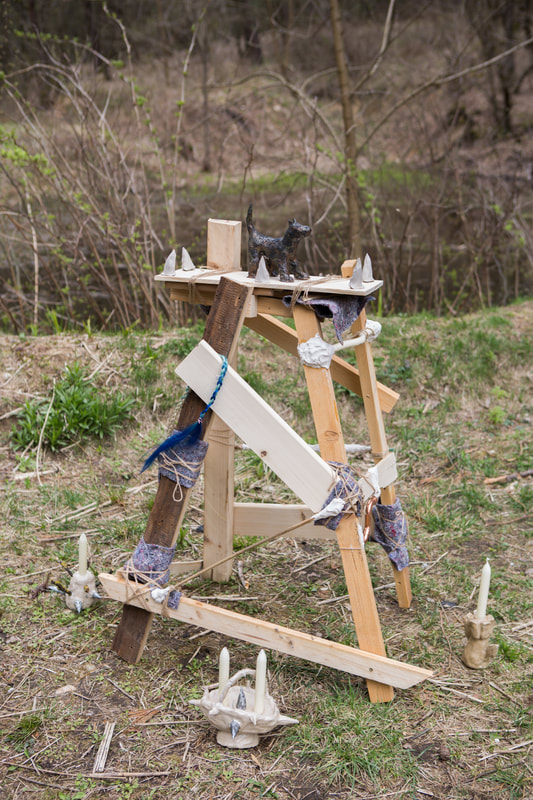 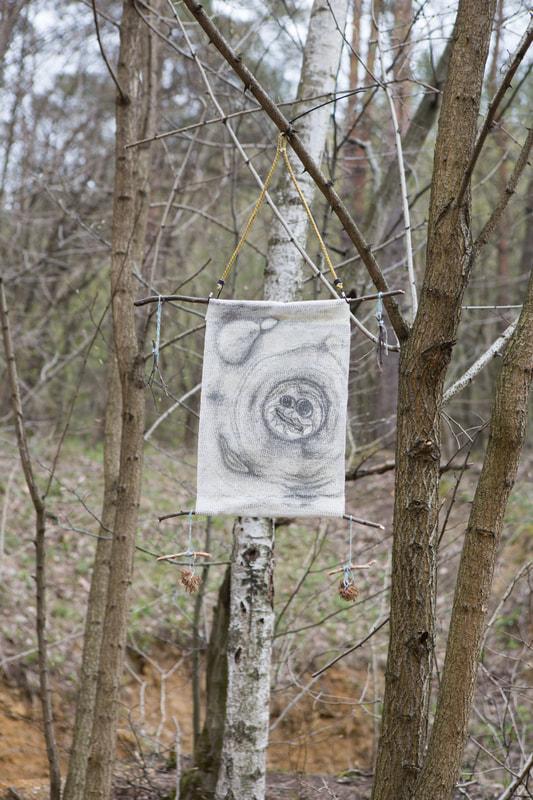 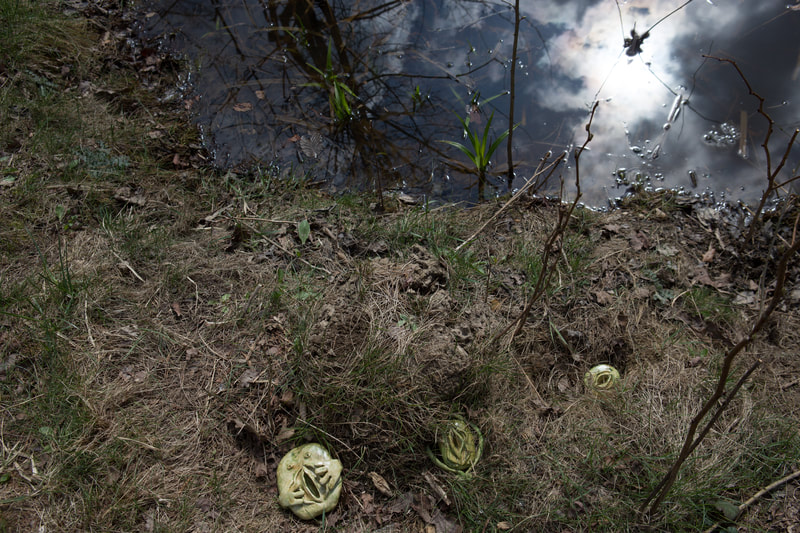 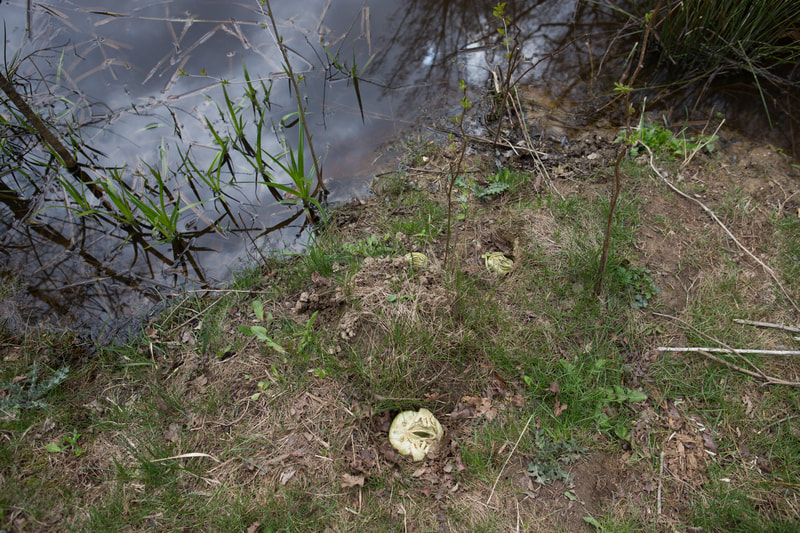 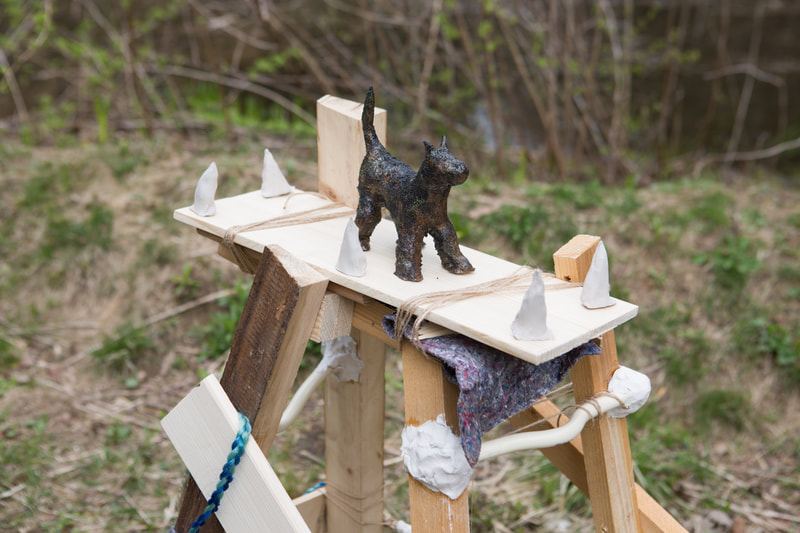 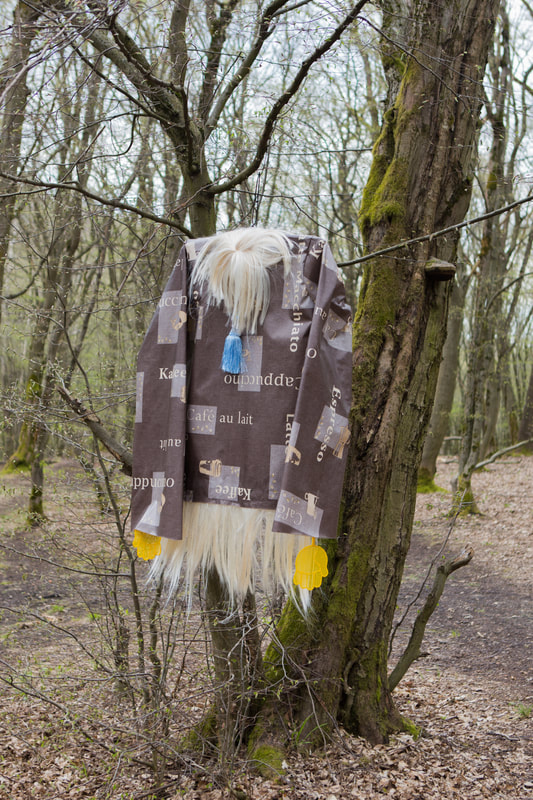 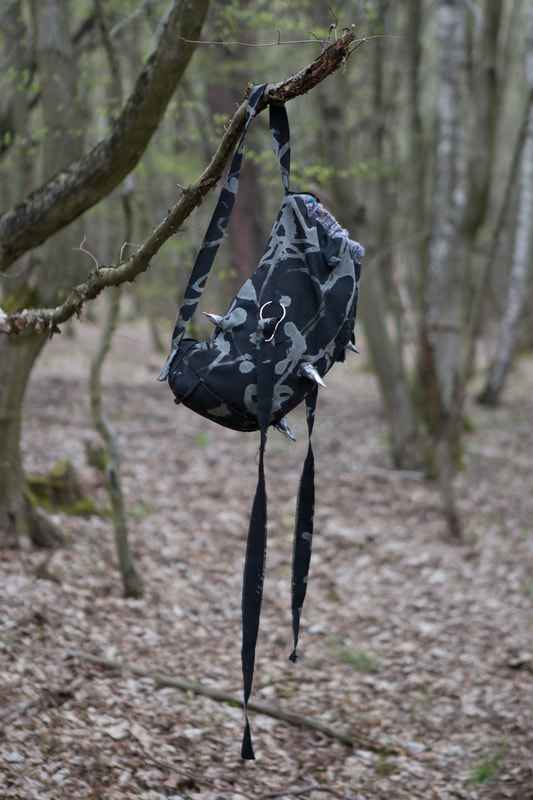 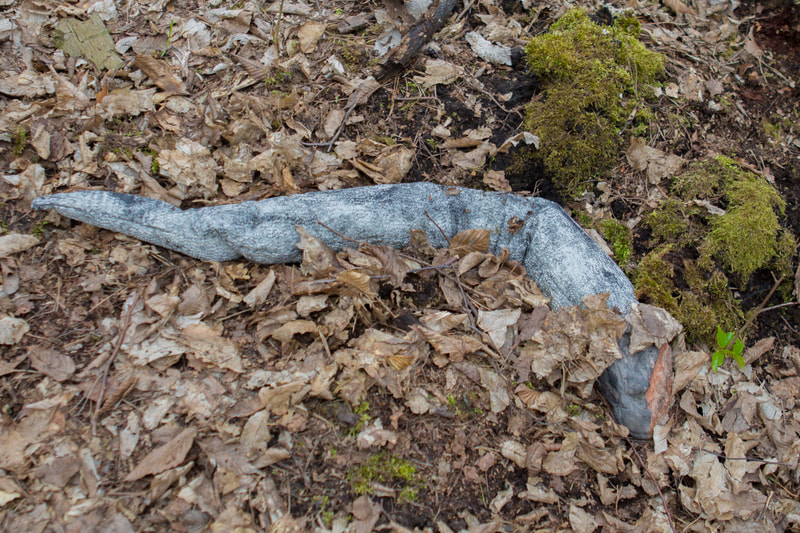 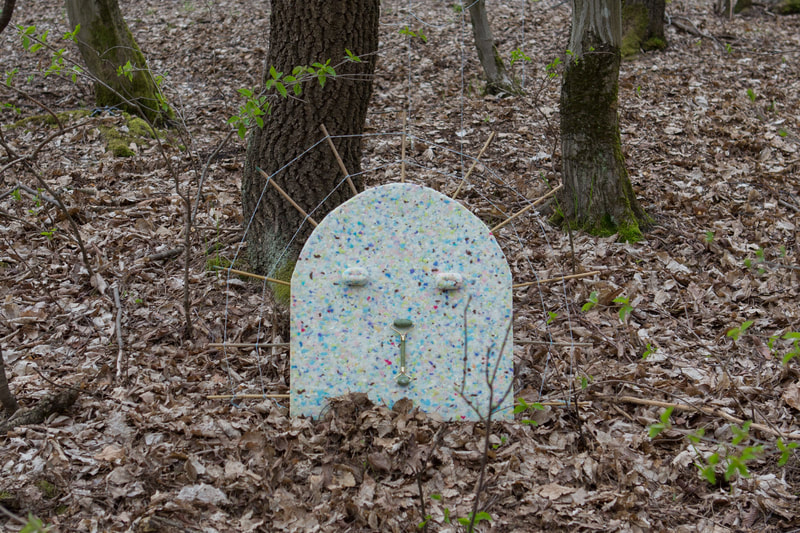 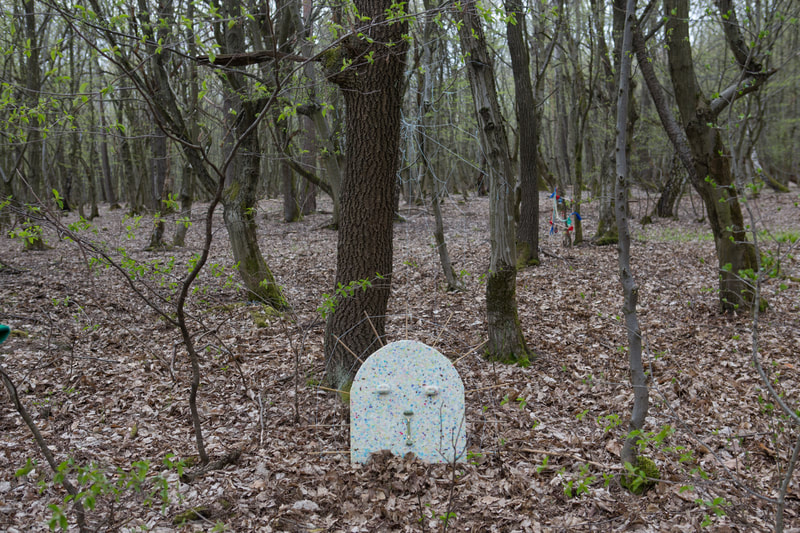 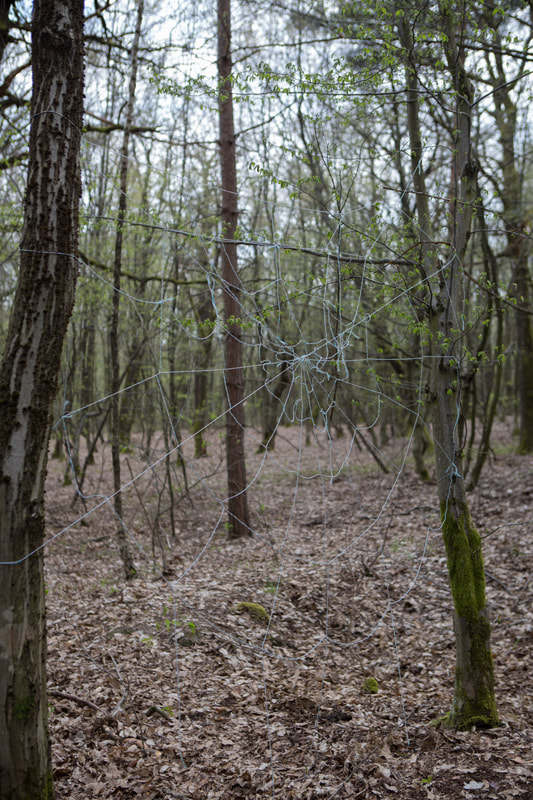 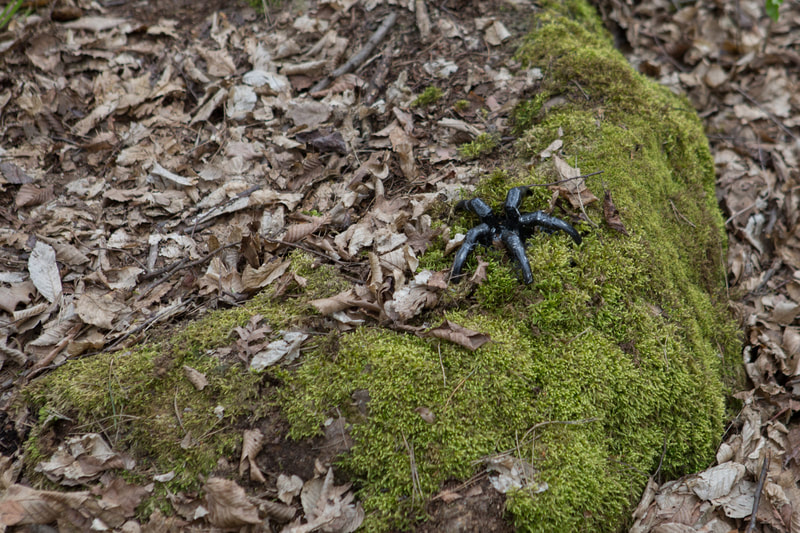 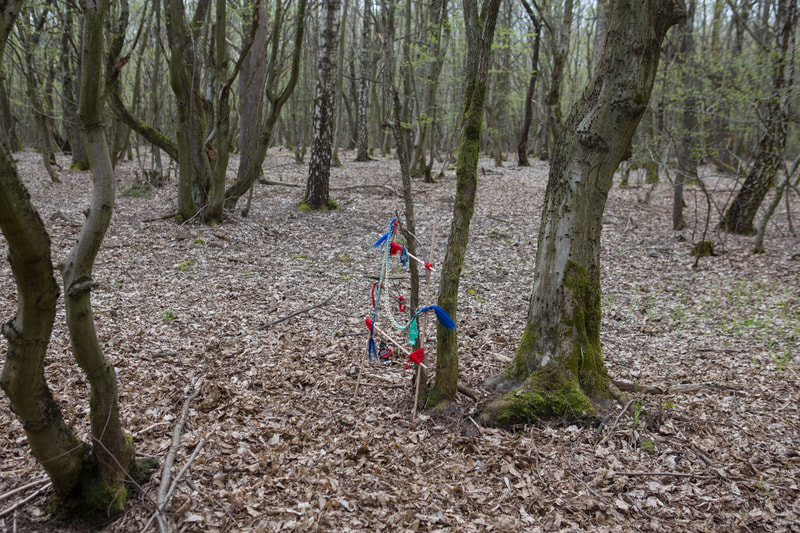 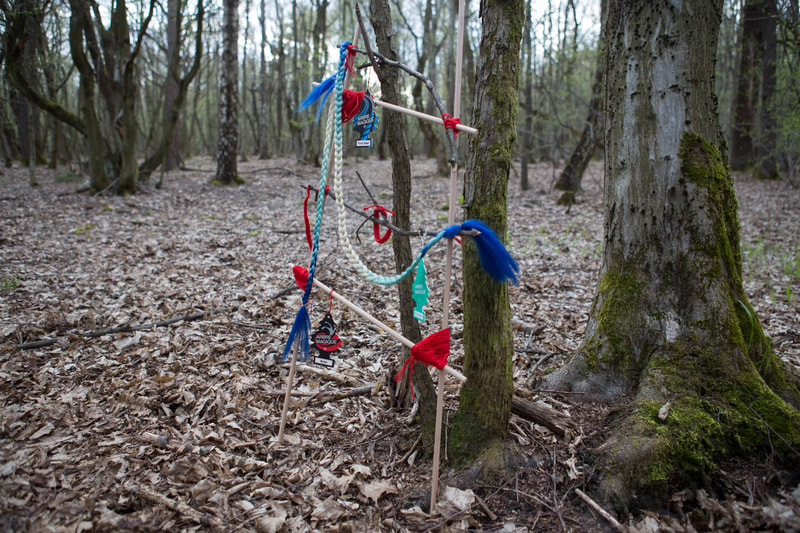 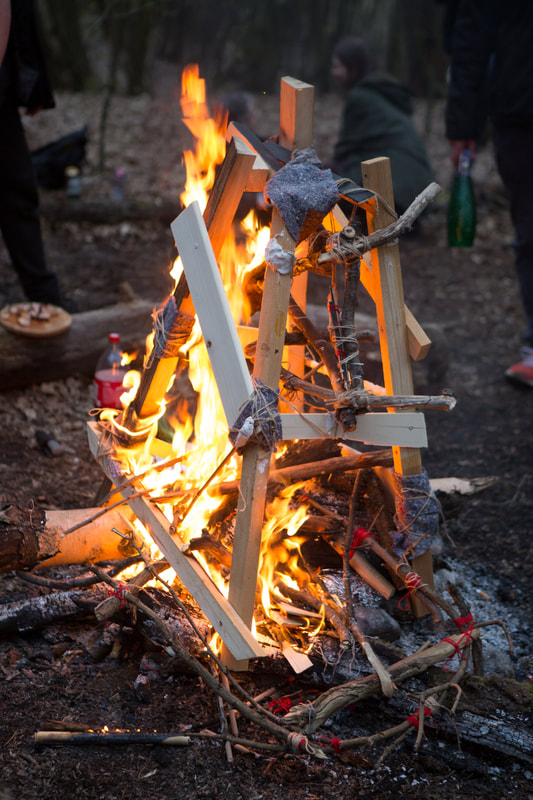 I am haunted by the thoughts of what has left
site specific, 2021
KOSICE, SK

About a year ago, my brother tragically died in a car accident. This event completely changed my life, but also contributed to my interest in the subject of death. No one prepares us to deal with someone's loss, and we don't really talk about it on a daily basis. If death does not affect our loved ones, we ignore it. Also, in the era of pandemics, daily deaths are just numbers, unless someone we know is among those numbers. Death is the normal course of things-we all know that, but the experience of it is no longer so ordinary to us. I recognize that I am not alone in my experience, and in fact, in addition to feeling a great deal of longing, my sense of belonging to the earth community, my compassion towards the suffering of other beings, and my increased attention to the beings and things we may lose has been greatly enhanced.

The moment we are in as a civilization seems to be very significant, from the standpoint of preventing death. Progressive climate catastrophe, irresponsible politics, and increasing inequality are just some of the problems on which the future of life on our planet depends. In the face of the imminent disaster, I have allowed myself a vision that presents a fragment of the image of the new world after the fall through the existing signs of an emerging culture. This is a reality affected by the catastrophe, where the population has been giantly reduced, civilization has collapsed, and the technological achievements so far have lost their function and tell a completely different story. The vision I would like to propose may refer to any point in time. The project "I am haunted by the thoughts of what has left" is, in its essence,  both a sad commentary for our modern times and an attempt to answer a number of questions about what threatens an extreme and brutal break in the continuity of our civilization.

In a symbolic way in my works I refer to ancient magical rituals or signs, as the connection of inter-territorial and interspecies communities, to indicate the need for change in the contemporary world order. In pre-modern communities, all elements were seen in close relation to each other, all were part of the same world to which humans also belonged.
My work reflects the epistemic need of beings living in culture, but also the need for answers from those living outside culture. They are a demonstration of anxiety about the current situation and an attempt to investigate its sources.
​
I wanted to look at the problem of loss on a micro and global scale. By using the objects I have made, I want to show the closeness, tragedy and reality of death. I refer to medieval iconography and personification of death to show its complexity. The sculptures are created for the area around Planíkové pleso (Ťahanovský Les, Košice, SK). With its landscape, this place resembles a space that is wild and at the same time slightly designed by people who created small ponds there. In this scenery, my sculptures give the impression of traces of emerging culture from the waste of the previous civilization; they were created from the need to understand and capture the world.